Enjoy this 2-part interview with Tom Kane by John DeMaio, a Producer, Director, DP and Editor working out of Orlando, Florida. The interview was done via iChat video conferencing, so please forgive the quality.

In this first clip Tom discusses how he got started in the motion picture business, including his first job with “American Sportsman”, a wildlife documentary series and his transition into Hollywood production as a Location Manager on “The Stepford Wives” (1975).

Following that picture, Tom got his first stint as an A.D., working with Director Judd Taylor, and then went on to work as A.D. on the Acadamy-Award-Winning Film “Kramer vs. Kramer.” Tom also discusses creative problem solving as a U.P.M. with John Huston on “Prizzi’s Honor.”

In this second clip Tom digs into his work style and where he most likes to work in film production. Find out why he thinks 2nd A.D.‘s should get paid more, and what it takes to make it in the business. 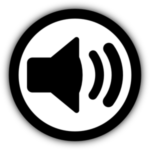 Tom on the Jefferson Exchange (MP3)